Free advice in the convenience of your home.

A solution of salt used for regenerating the water softener resin.

A separate housing where brine, or salty water, is stored.

A tube that allows brine to flow into the softener for regeneration, and to the brine tank when it is not required.

A set of 3 valves that isolate the softener from the mains water supply.

The ion exchange that happens in the resin, whereby your resin is regenerated.

A code of practice requirement, this valve ensures one way flow to your softener, not soft water to the mains water supply.

The mechanical valve in the softener that diverts water for the regeneration process.

A regeneration process where the water flows backwards through the softener, it can enhance salt efficiency.

A measurement of water hardness.

The point where brine and rinse water is carried away from a water softener.

A separate hard water outlet, usually found in a kitchen.

Salt tanks that have water added during the regeneration process. At other times the tank is dry.

Alternative term for a tap.

The quantity of water running through a water softener (often measured in cubic metres per hour).

A measure of water hardness.

The combined measured total of calcium and magnesium in water (measured in mg/l) as calcium carbonate.

Time between the need for the softener to regenerate and the actual start of the process.

Connection of a water softener to the mains supply, and the installation also of bypass and check valves.

A softener where the regeneration of the softener is directly linked to the capacity of the resin bed.

A safety outlet fitted to all water softeners. It carries away water in the unlikely event of a malfunction.

Term used to clarify the capacity of water softeners. A 10 people day softener can supply one person for 10 days, or 10 persons for 1 day.

A decrease in water pressure between the softener inlet and outlet connections.

A valve to bring down water pressure through a series of pre-determined stages and pressures.

The container for the ion exchange resin, distributors etc.

A fairly new method to proportion the amount of brine added during the regeneration process – there are two types, Infinite and Graduated.

The process of refreshing or renewing the resin for the ion exchange in the water softener.

The process of refreshing or renewing the resin for the ion exchange in the water softener.

The amount of salt per litre of resin required to regenerate on an ion exchange bed.

A reserve of resin set aside for use during the hold over period. Both the reserve and hold over are features of time clock controlled systems.

The synthetic material used to enable the ion exchange process. It looks a bit like brown sugar and the beads range in size, up to a diameter of 1.3 mm. Smaller uniform sizes can make the softening process more effective some studies have concluded.

Also referred to as Sodium Chloride. It is required to ‘carry’ the sodium that facilitates the ion exchange process. It is available in granules, powder, tablets or pellets. Ask your supplier for further details.

A measure of how well a softener performs in terms of salt usage.

The maximum amount of salt that can be fitted into a softener, often measured in kilograms.

Similar in advantages to a meter controlled softener. It uses a probe to constantly look at the condition of the resin bed, regeneration is started as and when required.

A softener of high quality output that uses softened rather than hard water to make up the brine solution. It improves both capacity and salt consumption.

This term refers to the hardness removing capability of a softener between regenerations. It is related to the amount of salt used, it is usually measured in litres per minute.

Water supply isolation valve usually sited at the boundary to a property.

The internal supply valve that turns water on and off in a property, usually at the point of entry into the building.

A softener that regenerates at a pre-set time, based upon an estimated usage. It is programmed in manually, and can be reset if it is not as efficient as it could be.

A term that refers to the pressure of water related to the limitations of a water softener. Too low pressures may require a separate pump to be installed.

The supply of mains water from either a municipal or private water supply.

We'll provide all the information you need at your convenience in your home or workplace.

Get a Quick Quote 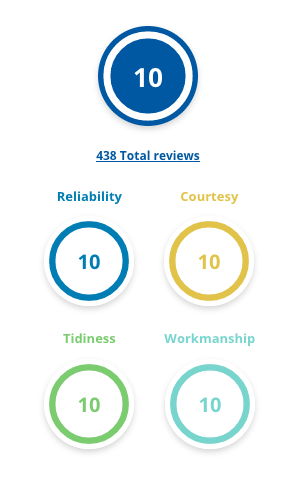